Multiple Teams · Jan 18 Records Breaking Performance to be Built Upon

After a great team effort from the Firebirds over Gardner Edgerton (56-26) and a stellar performance from Junior Gaurd Caely (CK) Kesten (A record setting 12 assists) Free State builds to a 3-6 record before traveling to Allen Fieldhouse to take on their cross town rivals the Lions of Lawrence High! Tip off will be

posted is the first round bracket to the Firebird Classic Tournament. The Free State Girls Will tip off at 6:00 PM on Wednesday January 24th. We hope to see you there.

Our Firebirds are looking to build on their win on Thursday night. They will partake in the Olathe East Winter Tournament on Tuesday, December 4th, 5th, 6th and 7th. Attached is the first round bracket. We hope to see you there!   2018 Ladyhawks Classic Bracket

Free State Firebirds won their season opener to Blue Valley West with a score 51-30. Below is a link to an article written by Shane Jackson of Lawrence Journal World.   http://www2.ljworld.com/sports/2018/nov/29/free-state-girls-roll-past-blue-valley-west-in-season-opener/

A preseason article from Lawrence Journal World. Definitely a great read for all interested in learning about the current Firebird athletics! http://www2.ljworld.com/sports/2018/nov/27/firebirds-eager-for-start-of-winter-sports/ 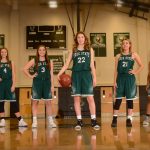 Summer is coming soon, so it is time to start thinking about the next basketball season! We will have a summer camp for girls entering grades 9-12. This will take place May 29-June 1. These are designed to look like a 3 hour practice session. We also plan on participating in a summer league at 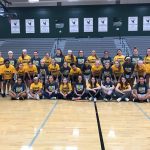 The Lawrence Free State Firebirds and the Olathe West Owls played for more than just themselves. Both teams played in honor of Grit Henderson, who is the son of Laura and Nolan Henderson, both teachers at Free State. Before Christmas break, the Henderson family received news that their son was diagnosed with cancer. Tonight both teams

Multiple Teams · Feb 5 KCTV5 and Hy-Vee Team of the week!

Our very own lady Firebirds basketball team has been selected to be in this week’s running for team of the week in the State of Kansas. We hope you will visit the link and cast your vote for the Firebirds before Wednesday! Thank you so much for your support. http://www.kctv5.com/category/210172/hy-vee-high-school-sports

Here is the final results for the 2017-2018 annual Firebird Winter Classic Tournament! Thanks to everyone who participated, in helping, and supporting the athletes and teams.   Tournament Results

No Events This Week

Events are added by athletic staff.
View All Events